Welcome to Hon'ble Minister of Communications 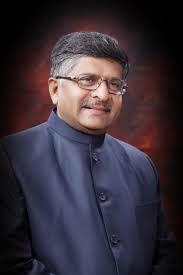 GS and GS AIRBSNLEWA Sh. Kishan Singh met Member (Finance), DoT and discussed regarding
78.2% IDA Pay fixation of BSNL pensioners: We expressed our serious concern against extreme delay in sending the reply to the DoE to their queries. Member (Fin.) appreciated our concern and mentioned that matter ia under consideration to DoT for sending a proper reply to DoE. She explained that IDA pension revision order was issued on 15.03.2011 of BSNL pensioners which has cabinet approval on 68.8% IDA pay fixation. The 78.2% IDA pay fixation order was issues later on 2nd April-2009 which has no reference in this IDA pension revision order though DPE took approval from cabinet to revise the pay fixation from 68.8% to 78.2%. Now, since BSNL has given the 78.2% pay fixation to serving employees and on that basis DoT has to revise the pay fixation from 68.8% to 78.2% for BSNL pensioners also. The presidential directive may be issued for BSNL pensioners on notional basis as per clearance given by DoP & W. However, she assured to take decision in this week itself for sending the reply to DoE.
Finalization of E-2 and E-3 IDA Pay scale to JTO/SDE equivalent executives of BSNL:
We requested to allow E-2 & E-3 IDA pay scales to BSNL JTOs/SDEs equivalent cadres in the revised pay scales of 2nd PRC. Member (Fin.) mentioned that BSNL's proposal to provide E-1A, E-2A, and E-9A IDA Pay scales to BSNL executives is under consideration in DoT for sending to DPE for clarification. She mentioned that she has examined the BSNL's proposal and found that there is no financial loss to the BSNL executives even if they are fixed up in the E-1 & E-2 IDA pay scales and why there should be four post based promotions in E-9 IDA pay scale.  I.e. GM, Sr. GM, PGM/CGM and ED. We explained that newly recruited JTOs/JAOs after 1.1.2007 are drawing less pay than the old JTOs/JAOs appointed before 1.1.2007and GM to Sr. GM, Sr. GM to PGM/CGM and CGM to ED are the post based promotions with higher responsibility etc. She also mentioned that some BSNL pensioners are drawing even 80,000/- per month pension amount .However, after detail discussions, she mentioned that shortly the BSNLs proposal will be sent to DPE for clarification on E-1A, E-2A and E-9A IDA substitute IDA pay scale in revised pay scales of 2nd PRC.
We further met Jt. Secy.(T) Sh. Y. Umashankar and apprised him about discussions on both the issues i.e. 78.2% IDA pay fixation to BSNL pensioners and E-2, E-3 IDA pay scales to JTO/SDE equivalent executives. JST mentioned that since 78.2% IDA pay fixation order of DPE has the approval of cabinet , further cabinet approval is not required as per his opinion and he assured to discuss the matter with Secy(T). He also mentioned that BSNLs proposal for E-1A, E-2A and E-9A IDA pay scales has been now been processed by Director (PSU) cell to the internal finance of DoT for clearance to DPE as per their consent only. However, he assured an early action in this regard.
Appointment of CMD, BSNL, Director (HR) and Director(Fin.), BSNL Board
On our query regarding appointment of CMD, BSNL, Director(HR) and Director(Fin.), BSNL Board, JST mentioned that the case for extension of Sh. R.K. Upadhyay, CMD BSNL upto 30th June 2014 (Till his retirement on superannuation) and appointment of Sh. Anupam Srivastava, Director(CM), BSNL Board as CMD, BSNL w.e.f. 1st July,2014 (as selected by PSEB) have been sent to the appointment Committee of Cabinet (ACC) for consideration & approval, the decision in this regard is expected shortly.
Regarding appointment of Director (HR)/Director (Fin.), BSNL Board, JST mentioned that the decision for selection process is to be taken by the new government.
No comments:
Labels: CHQ NEWS


GS, Adviser (HQ) met Shri V.K. Singh, CVO, BSNL and discussed regarding sending of VCRs to SEA Cell, BSNL CO of 32 CAOs to be promoted as DGM (F) Adhoc. We explained that 135 CAO to DGM (F) Adhoc promotions orders has been issued but about 32 eligible CAOs could not be promoted due to non-receipt of VCRs which are pending in CVO office. We explained that in 2-3 cases some vigilance complaints are pending in BSNL CO (CVO Office) wherein the informations have been asked from circles which may take some time but about 25 clear VCR cases should be send to SEA Cell. CVO directed Addl. CVO for immediately sending of the clear VCRs to SEA Cell. We also requested for early sending of VCRs of eligible CAOs/DGMs (F) for the regular promotion to CAO Adhoc to CAO Regular and DGM (Adhoc) to DGM (Regular). CVO assured an early action.
No comments:
Labels: CHQ NEWS

CPCs IN ACCOUNTS AND FINANCE