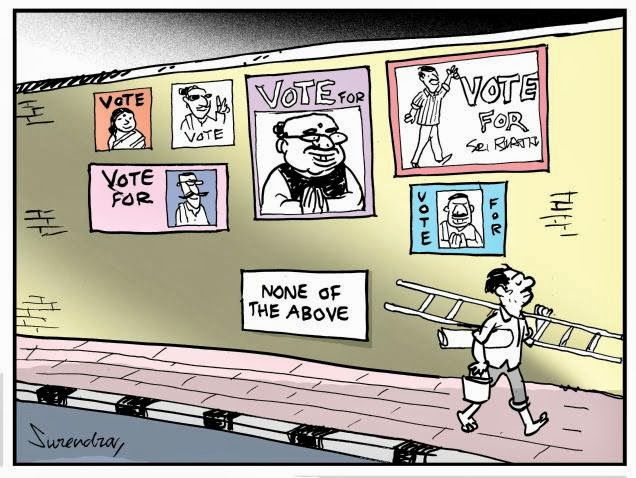 
The dissent is not that remarkable. It is the idiom of dissent that is startling. Rahul Gandhi, some 40 years junior to Manmohan Singh, described the executive decision of the Cabinet led by him as "nonsense", one that deserved to be "torn up and thrown out". In nearly a decade that Singh has served at the top, even the opposition has rarely deployed such a harsh language against the prime minister.

The only person who has spoken similarly about Singh publicly was Rahul's father, former Prime Minister Rajiv Gandhi. In 1985, he referred to the Planning Commission as a "bunch of jokers". Singh at the time served as the deputy chairman of the Planning Commission.
Read more>>>
No comments:
Labels: MEDIA NEWS 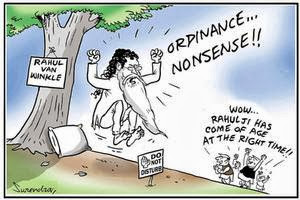 
"Go green" may be a popular theme across the world and across industries, but India's financially stressed telecom operators have not shown much enthusiasm to it so far.
Telcos say they can't afford the huge expenses needed to set up capacity to generate alternate sources of energy such as solar, fuel cells or wind in order to meet the telecom department's "stiff" green targets unveiled in January 2012. The government on its part says its targets are liberal and blamed the operators' lackadaisical approach towards adopting green energy.
Read more>>>
No comments:
Labels: MEDIA NEWS

BSNL-Champion Trendy 531 features a 5.3-inch display with unspecified resolution and is powered by 1.2GHz quad-core processor alongside 1GB of RAM. It is a dual-SIM device with support for GSM+GSM.
<<<Read More>>>
No comments:
Labels: MEDIA NEWS

The national auditor has asked the telecom department (DoT) to charge Bharti a sum of about Rs 725 crore for using third generation airwaves in the circles where it didn't buy any, an internal document reviewed by ET showed.

In a communication to the DoT on Sept. 19, a unit of the Comptroller & Auditor General (CAG), has said that Bharti Airtel must pay up 521.33 crore as a proportionate amount of the auction price for the airwaves in the circles of Kerala, Maharashtra, UP(East), Kolkata, Madhya Pradesh, Gujarat and Haryana.
<<<Read More>>>
No comments:
Labels: MEDIA NEWS